The Department of Industrial Education was originally founded under the banner of the then Taiwan Provincial Normal College (now the National Taiwan Normal University) in 1954, and aided by the United States Agency for International Development. This Department is the first official educational institute established to cultivate teachers for vocational schools and handicraft industry.
The master’s program was started in August of 1976. Later in August of 1992, the doctoral program was also offered. This was the first doctoral program in the industrial education system in Taiwan. This establishment is an important milestone not only for this Department, but also for the development of technical education in Taiwan.
In order to nurture technical-education teachers and promote academic and professional development, several majors or specialized areas were expanded or upgraded. The former Engineering Technology major had become an independent Industrial Arts Education Department in 1982; the former Graphic Communications & Printing Technology Branch was upgraded to Graphic Communications & Printing Technology Department in 1996; Four specialized fields, machinery, casting, drawing, and sheet metal technology under the Mechanical Branch were merged and then split out to form a Mechatronic Technology Research Institute in 2002, later it was expanded into the Mechatronic Technology Department in 2004. Likewise, the Electrical and Mechanical Technology major was expanded into the Applied Electronics Technology Research Institute in 2004. Then the institute became Department of Applied Electronics Technology in 2007.
At present, there are one class in each grade of the undergraduate program, one class per each area in the master’s program, one class in the doctoral program, and two classes in the in-service master’s program. The number of students in total is about 600. 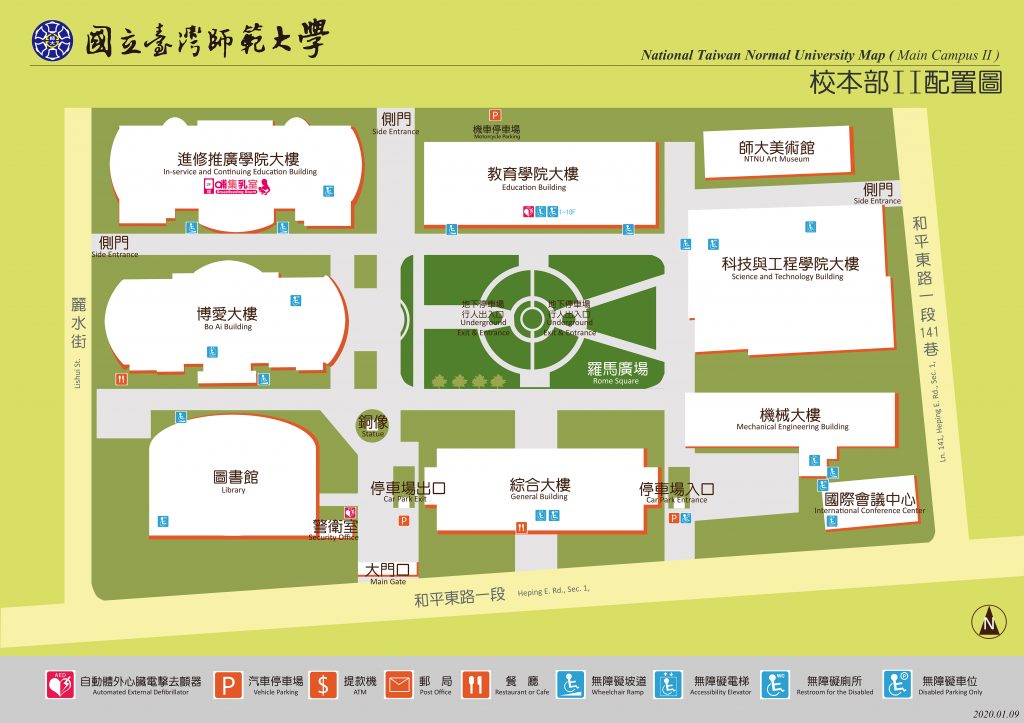 Two underground parking areas are adjacent to the NTNU General Building as well as the Field and Track. Since there are limited parking lots, visitors are encouraged to take public transporation to reach NTNU Main Campus. Look up Parking Info maintained by Office of General Affairs for more information.